Viña Vilano, a winery at the forefront of oenological creativity

0
Viña Vilano consolidates as one of the greatest Spanish wine references in the German market
30 October 2017
News
Viña Vilano, a winery at the forefront of oenological creativity

Bodegas Viña Vilano ends a year in which the creativity applied to oenology has been a turning point in its trajectory. The launch of Think Pink in March 2017 has made Viña Vilano one of the few wineries capable of creating a new moment of consumption, and of competing with the spirits to reach a night life young audience.

Since several years ago there are different initiatives which aim at positioning wine as an option among the nocturnal drinks. Viña Vilano has been trying to find the perfect formula to achieve, on one hand, the freshness so appreciated by the youth segment, and on the other, other visual factors such as the color of the wine itself or the packaging. Thereby, Think Pink which was “born to experiment the nightlife”, it has managed to conquer the new palates in an unusual environment for a rosé wine: night pubs.

Think Pink is made from the pale musts obtained from red grapes which have been treated and made as white wines. That is how the pink color comes up and therefore a special branding based on Pink way of being. A pink attitude means fun and joy … qualities that define a positivism associated with our brand and which facilitates its incursion into a less mature market for wine consumption, but an inspiring and accessible journey, only to bold brands.

After a rigorous criomaceration of the whole bunches in a cooling room, the grapes undergo a direct and fast pressing. That is why its flavor is light and pleasant, and that facilitates its mixing with other spirits as well as its consumption with ice.

Think Pink is the result of applying creativity without fears, running away from the traditions, because the new trends demand it. 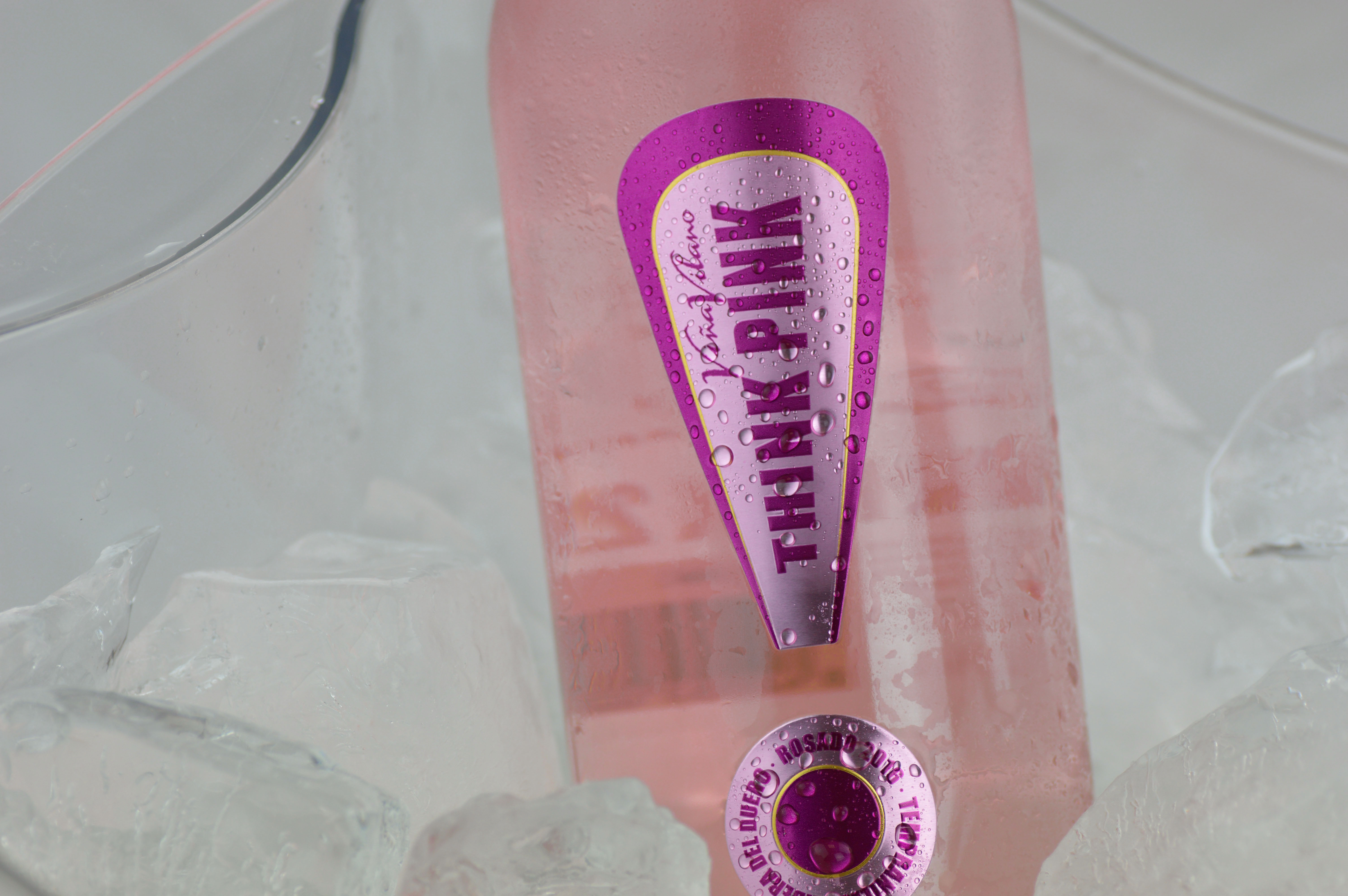